The Effects of Childhood Bullying into Adulthood 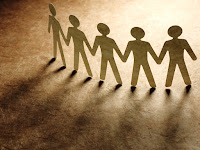 When the Center for Disease Control named bullying an "Adverse Childhood Experience (ACE)" in 2017, it validated the 30-year effort examining the long-lasting effects of childhood bullying into adulthood. The research efforts have suggested these principles: bullying is prevalent, being a target of bullying has a multi-symptom, negative impact, and the impact of being a target is long-lasting. Professors Patricia McDougall and Tracy Vaillancourt reviewed the literature in order to determine how far the negative impact can reach and which effects have the deepest impact.

The researchers selected 17 prospective studies to review. Prospective studies take a population and look at effects of over a long period of time, and so these studies looked at the effects of painful childhood experiences, including bullying, into adulthood.  The following are some of the findings:


The researchers concluded that "the strongest candidate" to interrupt the pathway between childhood bullying and long-lasting effects into adulthood was a strong support network of peers and adults. Parental support may have a bigger impact on younger children, and older children need a strong network of peers and a trusted teacher at school. They also suggest adults can buffer the effects of bullying by helping children and adolescents build coping skills and by supporting them in developing positive self-worth and healthy peer relationships.


Bullying is not a rite of passage and does not have to be a life sentence. Parents and teachers have the ability to stop an undesirable pathway for children and adolescence.


"Every child deserves a champion
- an adult who will never give up on them, who understands the power of connection
and insists that they become the best that they can possibly be."
~Rita Pierson

Popular posts from this blog 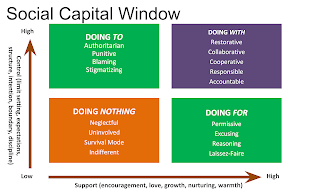 At the basis of Restorative Practices is the Social Capital Window, a broad categorization of school or classroom environments. The University of Michigan's Professor Wayne Baker defines social capital as the resources available within networks. including information, ideas, cooperation, support, and power. The Social Capital Window, also called the Social Discipline Window, categorizes social norms and behavioral expectations into four types of environment, based on degrees of support and control and reflecting the impact of different types of leadership. The Social Capital Window is an adaptation of Diane Baumrind's Parenting Styles from the 1960s.

The degree of Support is indicated by th…
Read more

Bullying: Who Is Most at Risk?

Once aware of our bullying problem in schools, the next question people often ask is "Who is most at risk?" The simple answer is that every young person everywhere is at risk of being a target of bullying behavior. However, bullying is a complex problem, and we need to dig deeper.
The US Department of Health and Human Services suggests that students who are most at risk for being targets of bullying have one or more specific characteristics.

Students perceived as different from the dominant peer group. These students have body sizes or outward appearances that set them apart. Race and ethnicity different from the dominant peer group may play into this perceived difference.Students seen as inferior or "less than." These young people are perceived to be fragile and unable to protect themselves from aggressive behavior.Students perceived to be sad and/or nervous. These students also may suffer from a poor self-image and seem unsure of themselves.Students socially isolat…
Read more 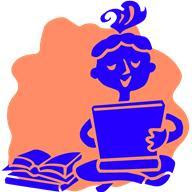 When I forwarded my desperate email to Diane Ravitch to my good friends and kind listeners, my friend, Christine, always so observant and such a careful reader, wondered what my concerns were with the NWEA MAP assessment. I realized that I had about 100 concerns within that email, and that if I am to help grow the national conversation, I need to take my rant down a notch. In this first blog, I am going to try to clarify my concerns with online tests, such as the NWEA MAP test because of computer adaptive tests.

Advocates of computer adaptive tests (CAT) say that the program behind the assessment tailors the test to the student's ability. No longer are students frustrated by an exam with items that are too difficult. Teachers and students are given immediate results; no longer do we have to wait for months before test results are given. The tests have RIT reporting that allows all to see how student learning grows over time and over years. Educator evaluation is required by law for…
Read more